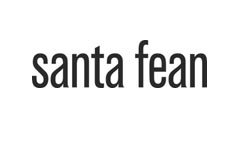 As Reviewed in Santa Fean Magazine

August 2015 Review by Whitney Spivey What do the early works of a master artist look like? That's what Steve Elmore—himself an artist—wanted to know about Hopi potter Nampeyo. After 25 years of research, his findings have been published in his book, In Search of Nampeyo: The Early Years, 1875-1892. "When I first began oil painting, Nampeyo was my mentor, and I wrote the book to honor her," Elmore says. The 220-page coffee-table book examines Nampeyo's early life and work, focusing specifically on a body of previously unattributed ceramics collected by trader Thomas Keam between 1875 and 1892. Now housed in the Peabody Museum at Harvard University, the works are the earliest known collection of Hopi pottery assembled by someone who knew Nampeyo personally. By studying Keam's collection, primary sources, and photographic evidence, Elmore is able to provide a complete account of Nampeyo's career, including her place in and contributions to the history of modern art. Since its publication in December 2014, "In Search of Nampeyo has received a very positive response so far," according to Lily Carbone, assistant gallery director for Steve Elmore Indian Art. "The book recently won a silver medal IPPY award from the Independent Book Publishers Association—very exciting!"