Skip to Content
Home > Contemporary Paintings by Steve Elmore > The Process of Art, from the Journal, July 2009 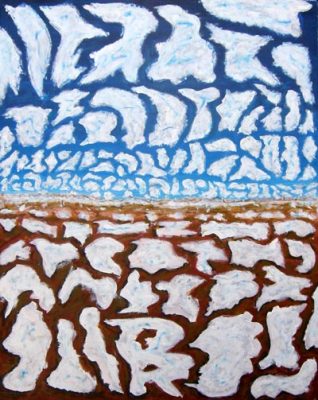 The Process of Art, from the Journal, July 2009

THE PROCESS OF ART Steve Elmore’s painting career is a work in progress, and he learns a little more each time.By Kate McGrawFrom the JournalFriday, July 10, 2009Steve Elmore is a gallerist and dealer in American Indian Art because he loves and respects Indian art and to support his own habit of painting contemporary, non–Indian subjects in oil. “I’m the old, eccentric, Santa Fe hybrid,” the artist-dealer told the Journal. “There’s a long, long history of this in Santa Fe. It’s a way to keep the bills paid. I don’t think I should have to starve to paint my own art.” “Besides,” he added, “if I were trying to support myself with my painting, there is the danger I would begin to only paint what sells. This way I get to keep my intellectual and aesthetic freedom. I can allow a painting to go where it’s a going to go.” Elmore is opening a show of 12 to 14 new works (“depending on whether the last two get finished in time”) today at his gallery on Paseo de Peralta. The mostly self-taught painter describes his work as “a synthesis of many different elements.” It is boldly colored, with strong geometric shapes and figurative images. “I am not trying to just copy reality. I did that in photography. I paint because it interests me, challenges me and pleases me to do so,” he said. “My paintings are my learning process.” N.M. Native Born in Carlsbad, Elmore, 60, worked as a ranger at Carlsbad Caverns when still in college. He earned degrees in English Literature at the University of New Mexico and the University of California at Los Angeles. For 20 years he was a commercial photographer, based in New York City. But he missed New Mexico, remembering the desert and the rugged Guadalupe Mountains that had influenced his aesthetic senses from childhood. “I felt disconnected from nature, the source of all creativity, and the city was too far from the Hopi pueblos, another source of inspiration,” he said. Ten years ago, Elmore returned to New Mexico, opening his eponymous gallery of Indian art in Santa Fe. And, a little to his surprise he began to paint. “At first I painted in a little closet, little paintings, but I slowly got bolder and moved into a bigger room and painted bigger paintings,” he said with a laugh. “I’m pretty much self-taught, but I belong to the Critique Group – that’s a group of us who get together and critique each other’s work. They can point out the little things that you’re not even thinking about. All of these works have been through the Crit Group. Nampeyo’s Influence Elmore agreed that his works feature familiar geometric shapes. “That’s the Hopi influence,” he said. “I learned a lot of my aesthetics from Nampeyo’s work. (Nampeyo was a famed Hopi potter, who died in 1942.) Her work is very, very geometric,” Elmore noted. “Other artists look to the Old Masters. I look to nature and the aesthetics of Nampeyo.” The bold, and boldly placed, color fields of his work are quite deliberate, Elmore acknowledged, “I think color is what it’s about as a painter,” he said firmly. Each of his paintings is worked on for months and months he said, “I’m not trying to do any one style. It’s a process. I have painted more than 140 paintings in the 10 years since I began, each numbered. This sequence of paintings reveals my growth as a painter and progresses through several stages of development. I now live in a world where many things have wondrously come together for me” he said. “Much of this is due to the paintings themselves, which are saturated with themes of growth, change, and ultimately, transformation. It’s all a process,” he repeated. “I’m really interested in the old transformational, shamanistic aspect of art. It’s still magic for the artist, and I hope, for the viewer.”